BOWLING GREEN, Ky. – Police were on the scene Wednesday afternoon of what was called in as armed suspect in downtown Bowling Green .

Police were staged along Chestnut Street with AR-15’s and handguns searching for the man.

A man was picked up by police in front of Big Easy Soulfood.

Police say an argument ensued between two men near the restaurant. Initial reports were that one man pulled a gun. 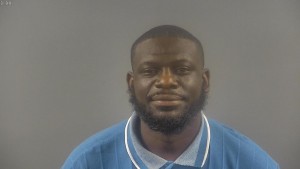 According to police, he was not initially charged because police did not find a gun on him when they approached him.

He has since been charged with possession of a firearm by a felon, 1st degree wanton endangerment and tampering with physical evidence.

As of 6:00P.M., police were still staged downtown.

News 40 is continuing to follow this story and will updates as more information is released.

Is 'tornado alley' migrating toward Southeast?