Good evening! Clouds have moved into the area once again, but South Central Kentucky has been immersed in calm conditions today. We have a few more hours of calm before the next storm system approaches. Even now that the sun has set, temperatures aren’t going to move very far as we head towards late-evening…only dropping to around the 50-degree mark. We’ll stay dry, too, for the waking hours tonight.

By early morning, showers will move into the area but the cold front will stay well to the west. While the first part of Wednesday will be rainy and stormy, some areas will see a break in the storms by midday along with temperatures rising into the mid-60s. That doesn’t mean the storms are over, though. Another line or two will move through the area beginning later in the afternoon. Some areas could even see a severe thunderstorm and an isolated tornado isn’t out of the question. Gusty winds and a few pockets of heavy rain are the main risks, though.

Thanksgiving Day is looking much calmer with mostly sunny skies, a scattered cloud or two and mild temperatures for late November…even though a cold front will have moved through, we’ll still see afternoon highs a few degrees above where they should be for this time of year.

Friday starts out calm, but a weak cold front moves through the area and while most areas will stay dry an isolated shower isn’t out of the question along with daytime highs in the mid-50s Saturday and Sunday. We’ll keep the isolated shower chances with us for early next week as another cold front makes its way through the area Sunday. That cold front will mean highs only rise into the mid-40s on Monday and then only into the low-40s by Tuesday.

Morning lows will start out mild…only dropping to the upper 40s by Thursday morning then down into the 30s during the weekend. But after the series of cold fronts pass through, we’ll see morning lows finally dip into the upper 20s by Tuesday morning! 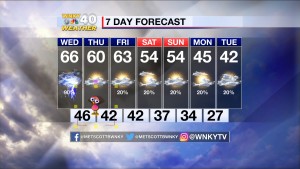 Stay connected with the WNKY 40 Weather Team for the latest forecast updates and Thanksgiving outlook! Follow us on-air, on social media, online or on the WNKY 40 News app. 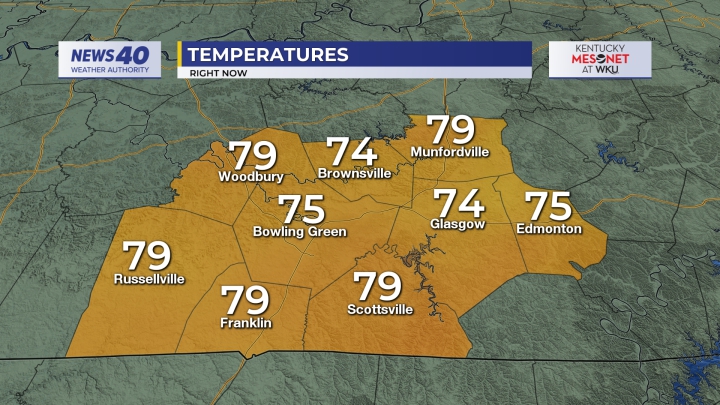 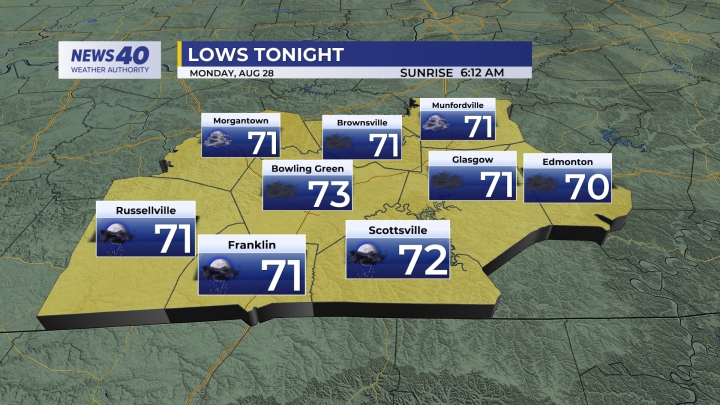 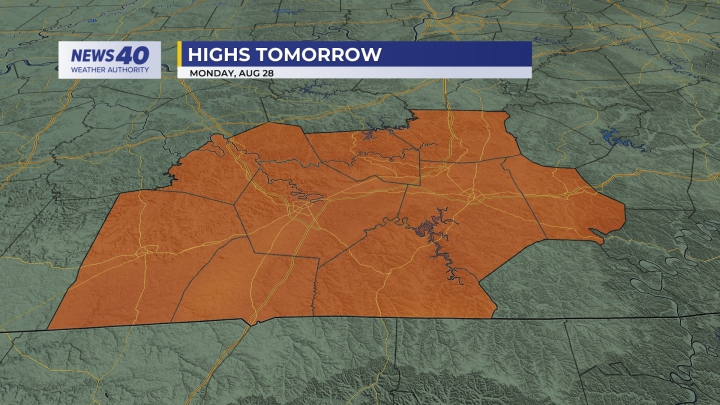 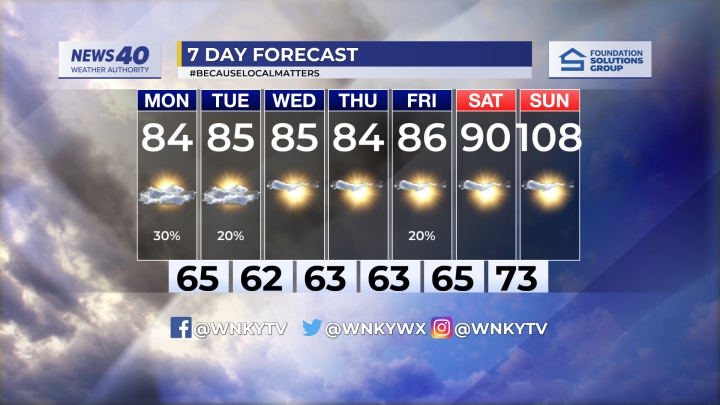 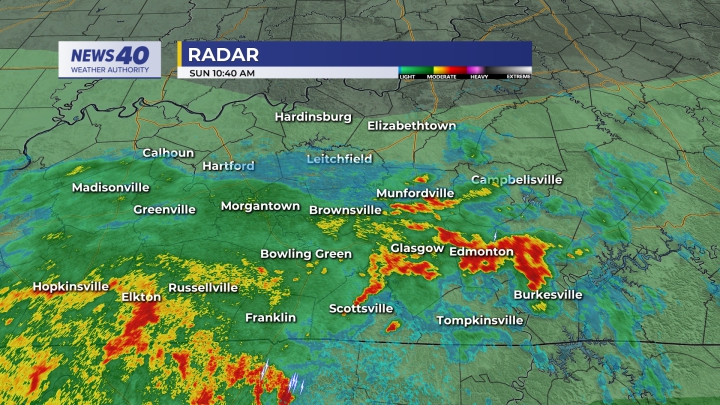 Man charged with rape and sodomy of woman unable to consent

Warren County among the counties with highest COVID count

Father charged with strangulation of juvenile

Mariah's and 643 Sports Bar & Grill to close completely amidst pandemic