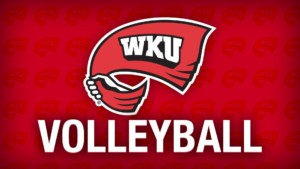 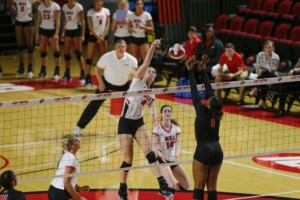 For the fourth-consecutive season, WKU Volleyball has been picked as the Conference USA preseason favorites while senior Rachel Anderson was named the league’s Preseason Player of the Year. Anderson marks the third-straight Lady Topper to be recognized with the preseason honor following Jessica Lucas (2016) and Alyssa Cavanaugh (2017).

Head coach Travis Hudson’s squad collected five first place votes as six C-USA squads earned at least one. For the second-consecutive season, Rice was picked as the league’s runner up. Florida Atlantic, North Texas and Southern Miss round out the top five of the preseason poll.  Also predicted to make the postseason tournament field are UTSA, Charlotte and Marshall while FIU, UTEP, Middle Tennessee and Louisiana Tech closed out the poll.

In addition to her Preseason Player of the Year nod, Anderson also earned a spot on the league’s Preseason All-Conference team for the second-straight season. The senior middle hitter is the two-time defending C-USA Tournament MVP and an AVCA All-American. Anderson’s career .390 hitting percentage leads all returning players across the nation and is on pace to break the current program record of .382 held by Megan Argabright.

Hudson’s 2018 squad has the potential to do damage on both sides of the ball between a lethal offense that as ranked second in the NCAA the past two seasons and a tenacious defense looking to stifle opposing teams’ game plans. The Red and White finished the 2017 campaign with a 31-4 record while winning both the C-USA regular season and tournament championships for the fourth-straight season.

While the Lady Topper squad lost several key contributors to graduation, WKU reloaded its ranks with a freshman class that earned recognition over the summer from PrepVolleyball.com as one of the nation’s Highest Honorable Mention units. The honor put the Lady Topper newcomers in the top 55 incoming classes in the NCAA. Individually, Lauren Matthews earned the highest possible All-American recognition during her final AAU Volleyball campaign while Payton Frederick was named a PrepVolleyball.com Defensive Dandy as a first team selection.

Update on the latest in sports:

Zimbabwe's security guards have lonely jobs, but get paid