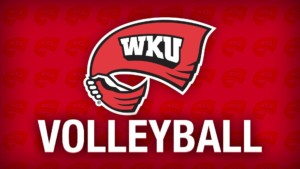 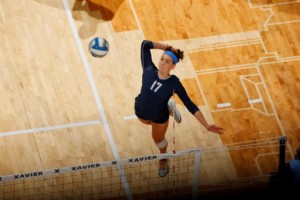 WKU Volleyball head coach Travis Hudson has announced the addition of junior transfer Katie Shunk to the 2018 Lady Topper Volleyball squad. Shunk, an outside hitter, played for Xavier the past two seasons and hails from Lexington, Ky.

“We’re really excited to add someone like Katie to our roster this late in the summer,” Hudson opened. “We felt like we needed some additional depth at the outside hitter position and to have a Kentucky kid that was already enrolled as a WKU student was really just the perfect fit and we’re excited to have her joining us.”

A graduate of Paul Laurence Dunbar High School (Ky.), Shunk was teammates with current Lady Topper senior Mary Martin. With two years of eligibility remaining, Shunk will be eligible immediately to compete for the Red and White.

During her career with the Musketeers, the outside hitter saw limited action behind a talented core of attackers. A competitive highlight for Shunk was her nine-kill outing against Butler in addition to three digs and a block assist.

Prior to her collegiate career, Shunk was a three-year varsity letterwinner in high school. She was recognized with All-City and All-District honors as a senior in addition to collecting All-Academic Team honorable mention status as well. In her senior campaign, Shunk tallied 320 kills to go along with 400 digs. As a junior, the squad advanced to the state tournament semifinals.