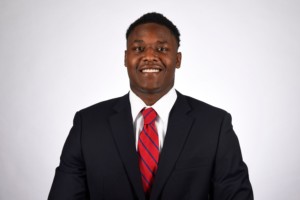 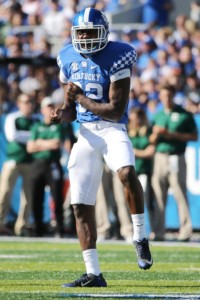 Incoming WKU Football linebacker Eli Brown will be eligible for competition in 2018 after the NCAA approved a waiver request for immediate eligibility. A Warren East High School graduate in 2015, Brown enters the campaign as a redshirt junior in athletic standing, and will have two years of eligibility remaining after transferring from the University of Kentucky.

"Not only is Eli one of the best high school linebackers of the last decade in our area, he is an incredible young man with a powerful story," head coach Mike Sanford said. "We’re ecstatic that he will be able to play for us this season. I commend the NCAA for truly putting the student-athlete first in this decision."

Brown appeared in 22 games for the Wildcats over the past two seasons, registering 62 tackles (37 solo, 25 assisted) after redshirting in 2015. As a sophomore in 2017, he recorded a career-high six tackles on Sept. 16 at South Carolina, then again on Sept. 30 vs. Eastern Michigan. He added one tackle for loss in each of those contests.

Brown played for former Raiders’ head coach Steve Long and was a consensus four-star recruit coming out of Warren East. Scout ranked him the No. 1 outside linebacker in Kentucky and the second-best overall prospect in the state. ESPN listed Brown as the 15th-highest outside linebacker in the nation and No. 244 in its Top 300 and he was chosen for the U.S. Army All-American Bowl.

He was named to the Courier Journal’s 2014 All-State Football Team and earned 2014 Herald-Leader Class of the Commonwealth status, along with being a 2014 Associated Press All-State First Team selection. Brown helped the Raiders to the state playoffs all four years of high school, including the state semifinals his sophomore season.

Icardi's arrival at PSG could push Cavani to look elsewhere

World uneasily watches US protests but US racism seen before