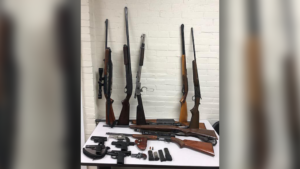 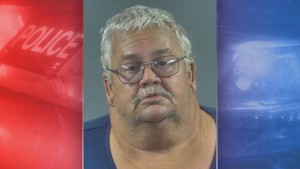 BOWLING GREEN, Ky.- A convicted felon is back behind bars after deputies in Warren County seized more than a dozen firearms from the man’s residence.

According to the Warren County Sheriff’s Office, a search warrant was executed Wednesday in the Richardsville area.

During the search, deputies said they found 6 handguns and 8 long guns. Authorities said one of the handguns was confirmed to be stolen.

Dorman was lodged in the Warren County Regional Jail and is being held on a $7,500 bond.