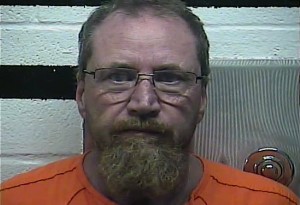 LARUE COUNTY, KY. – The remains of Erica Burden (27) have been found and her estranged husband has been charged in connection to her murder.

He is being lodged in Larue County.

Police believe Erica’s estranged husband William Billy Burden, 53, was involved in the disappearance of his wife.

He is charged with murder, tampering with physical evidence and the abuse of a corpse.

The Hart County mother went missing on Tuesday after dropping her daughter, Lily, off at Bonnieville Elementary School on Tuesday morning.

Erica’s car was seen leaving the parking lot and then made its way back an hour later with the driver side seat cover missing.

Since then, locals have searched tirelessly throughout the area, looking up and down secluded streets and overgrown brush in hopes of finding Erica or a clue to where she might be.

Thursday, police found Erica’s remains near a highway in Upton.

On Wednesday, a court granted an emergency protective order to keep Lily away from her father, William Burden.

The little girl is now with her grandparents, where Erica and Lily were living before the disappearance.

The family describes Erica as kind, caring and an incredible mother.

News 40 will continue to follow this case as more information is released.