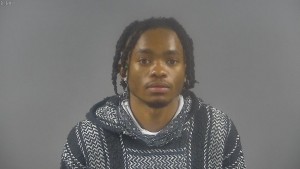 BOWLING GREEN, Ky- WKU Police are increasing patrols on Western’s campus after two men tried to get two female students into their vehicle. Officers say 22 year old Modeste Birindwa grabbed a female student and tried to pull her into his car. He was arrested on two active warrants and taken to the Warren County Regional Jail. WKU Police say neither of the men are WKU students and both have been banned from campus.