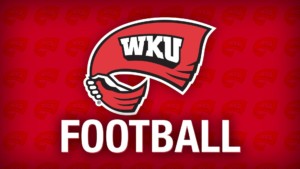 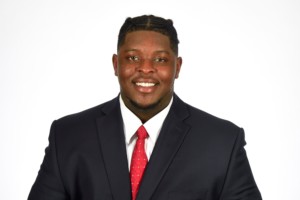 Senior defensive lineman Julien Lewis has been named to the 2018 Wuerffel Trophy Watch List. The Wuerffel Trophy is "College Football’s Premier Award for Community Service” and is awarded to the FBS player who best combines exemplary community service with athletic and academic achievement.

Lewis – who was recognized as the Male Athlete Community Outreach Award recipient at the inaugural TOPSY Awards in April – is a leader on the field, in the classroom and serving the community. The Madison, Ala., native has contributed his time and support to a number of initiatives with the Hilltoppers, including Special Olympics group visits to Houchens-Smith Stadium and Read Across Bowling Green.

On the field, Lewis appeared in all 13 games for the Hilltoppers last season, starting the final seven on the defensive line. He recorded WKU’s lone field goal block of the season when he tipped a 39-yard attempt by Charlotte on Oct. 14 to preserve a scoreless second quarter. He also had a career-high two quarterback hurries against the 49ers, finishing the year with five total. He had a career-high seven tackles on Oct. 20 at Old Dominion in his first-career start, including a tackle for loss.

He played in all 14 games as a sophomore, tallying 16 tackles (five solo) and 1.5 tackles for loss with a half-sack. He forced a pair of quarterback hurries, a fumble in the Boca Raton Bowl and blocked an extra point attempt at Marshall which was returned by WKU for two points. Lewis recorded three tackles against Houston Baptist and FAU and his half-sack came against FIU.