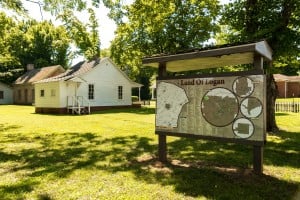 MEMPHIS, Tenn. (AP) — Officials say two sites in Kentucky and two in Tennessee have been added to the U.S. Civil Rights Trail. The Muhammad Ali Center in Louisville and the SEEK Museum in Russellville are the two new sites in Kentucky. In Memphis, Tennessee, the Beale Street Historic District and the WDIA radio station were also added to the trail, which was launched in 2018 to promote civil rights tourism. The sites were announced at B.B. King’s restaurant on Beale Street on Thursday. The Civil Rights Trail includes about 120 churches, courthouses, schools, museums and other landmarks located between Topeka, Kansas, and Washington, D.C.