Minor injuries, two pilots walk away after their plane crashes in Glasgow

According to Glasgow police, the plane went down immediately following takeoff around 2:11 p.m. on Saturday afternoon.

Police say two men were on board and refused medical treatment from EMS. The passenger suffered minor scrapes, according to police.

The pilot told police the airplane began to lose power and they were not able to make it back to the airport.

Both men on the plane are from Trenton, Michigan.

Crews have left the scene and transported the small plane back to the airport after lifting it onto a truck by crane.

Perkins Road is back open and traffic has returned to normal.

Both the FAA and NTSB arrived on the scene shortly after the removal of the plane.

The cause of the crash was due to the plane losing power shortly after takeoff.

The small plane was leaking gas from the bottom as it was lifted by a crane.

No fire or explosions erupted from the plane crash.

We will update you with any new information as we learn more. 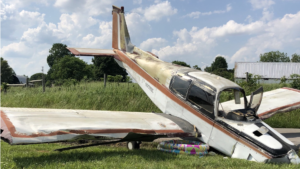 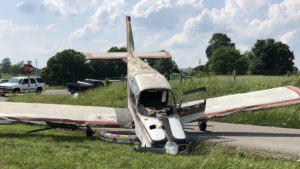 No appointments necessary for COVID testing at Kroger sites

VIRUS DIARY: When the class hamster came home _ and stayed