A 1988 Miss America Corvette Convertible that was used by Chevrolet during the pageant that year.

The car belonged to Lars Wallace of South Bend, Ind.

His son says he and his father are big fans of the Corvette Museum.

“He enjoyed the car quite a bit. He used to go to car shows and such and he was talking about donating it and we came through in February before COVID hit and brought the title in and they did some research on it and found out it was a Miss America car. So, we got bumped up to the top of the list, otherwise it’s just another ’88 Corvette, nothing special,” said Lars Wallace Jr.

Donations such as this one make the museum what it is, according to Derek Moore, the director of collections.

“This is an amazing way that museums and specifically the Corvette Museum is able to build the collections here and be able to tell Corvette’s history is through the generosity of donors,” said Derek Moore, Director of  Collections at the National Corvette Museum. 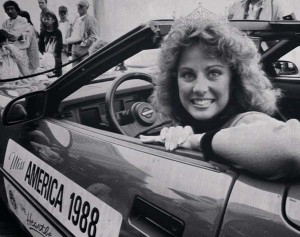 The timing of the donation could not have been better.

Women charged with murder after police say she stabbed a man