Animal shelters throughout South Central Kentucky are dealing with a problem 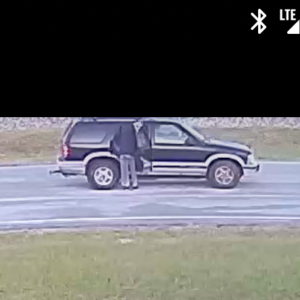 BOWLING GREEN, Ky. – Representatives from animal shelters around South Central Kentucky tell WNKY that people are abandoning animals at the shelters when no one’s there. And believe it or not, that is against the law.

Yesterday, while the Bowling Green Warren County Humane Society was closed, three cats were dropped off and let loose outside of the gate.

“Someone pulled up outside the gate and released three cats right next to Louisville Road, not inside our property, just close proximity. So, we went out and our entire team went out to try to catch the cats which were, of course, very scared and timid,” said Leah Lawrence with the Bowling Green-Warren County Humane Society.

“It is hard to describe the feeling of seeing an animal that is heading right towards danger. One of the kittens in particular was running full speed ahead toward Louisville Road with oncoming traffic,” said Lawrence.

Meanwhile, in Butler County, a man dropped off a puppy inside the gate of the animal shelter before speeding off.

If you abandon an animal in Kentucky, you can be charged with second degree animal cruelty if the animal is left without adequate food, water, space, or health care, or if it’s injured in any way from being left outside.

“It is fairly common for us to come in and see a leash tied to our fence or an empty cardboard box sitting by our gate. That is a really bad feeling because you know that if that animal is no longer there that you may never see them again,” said Lawrence.

Staff members at area shelters are reminding people that if you must surrender an animal, come in during regular business hours and speak with a shelter representative.

“In Kentucky there is a five-day stray hold. Sometimes it takes us a little while to get dogs into rescues, and the quicker we know that it is an owner surrender and not a stray the quicker we can get it adopted or sent to a rescue,” said Fook.