Bowling Green Hot Rods on the brink of franchise history

Now a decade later, they’re on the verge of accomplishing something they’ve never come close to doing in their nine previous years in Bowling Green.

If you would’ve told Leach the Hot Rods would’ve made it to this point at the start of the season, he probably wouldn’t have believed you. After a .500 start to the season, Leach said he really started to see the team click in May, and its that team chemistry that he said has been a major driving force to get them to the Midwest League Championship Series.

"The cool this is to watch the guys. They actually really enjoy each other," Leach added. "When you bring diverse cultures, diverse backgrounds back together, and they love spending time together. That’s really evident in how they play on the field and off the field and the culmination of everything. It’s pretty cool."

The Hot Rods have been the best team in the Midwest League all season long. They won the first and second half Eastern division titles, and then proceeded to sweep the Lansing Lugnuts and West Michigan Whitecaps in the first and second rounds of the playoffs, respectively. It’s been a wild ride to make it this far, but not just for the team – for the Hot Rods fans, too.

"I think they’re almost more excited than we are," said Leach. "We love to call them die-hards because they live and die by the Hot Rods. To see everybody’s just in awe we finally got out of the first round. They’re having a blast with it and it’s pretty cool to watch them."

For Leach, the team, and Hot Rods fans everywhere, there would be no better way to cap off the franchise’s 10th season of baseball in Bowling Green than to win their first ever Midwest League Championship.

"We always say that we sell fun and entertainment, family entertainment, not wins and losses," Leach said. "I’ll tell you this. Winning certainly doesn’t hurt. It’s been a great story so far, and a story we would love to continue on."

The Hot Rods take on the Peoria Chiefs in game one of the Midwest League Championship Series on Wednesday night at 6:30 p.m. at Dozer Park. 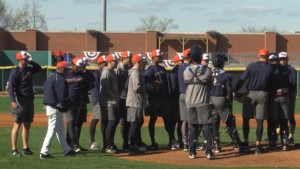 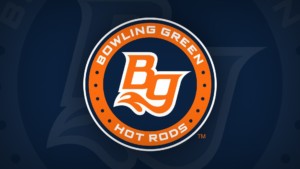