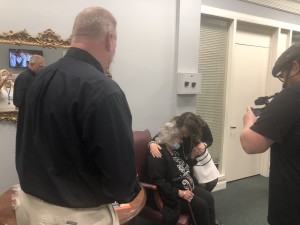 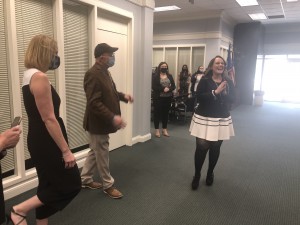 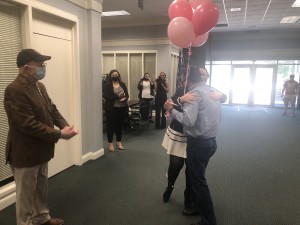 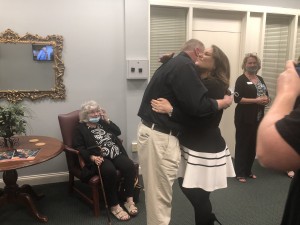 “Oh my goodness, I am completely overwhelmed that I was even included in this amazing group of women. They are so inspirational for the way they lead this community and the way they love this community. So I’m clearly honored to be chosen as this year’s Athena,” said Milam.

The ATHENA Award honors the local businessperson who contributes most greatly to the community and advancement of women in the business world. ATHENA International is dedicated to recognizing individual leaders who have opened doors of opportunity for women in the workplace and beyond.

The prestigious ATHENA Award celebrates these positive role models – more than 3,000 women and men to date –on a local, state, national and international level.

Ron Bunch, President and CEO of the chamber, describes what they look for when picking the winner.

“What they look for is engagement in the community and really that selfless service, that leadership. That’s what they look for. And it’s not just sporadic. They look for those leaders that continually give back and give back in a lot of different ways. And certainly Julie, like her predecessors, really embodies that Athena spirit,” said Bunch.

Past ATHENA Award winners select the recipient based on her business accomplishments, community service work, Chamber participation and her efforts to support other women in their personal and professional development.

Milam received the award at her downtown office in front of her family and colleagues. A short wave parade passed the station to congratulate Milam.

“This award means that there’s still a lot of work to be done. But the incredible group of women now that I’m associated with as an ATHENA, there’s so much that we can do to make an even bigger difference if we do it together. There’s so many other Athenas after me that will be named in the future and years to come. And I’m just so thankful to be lifted up and to make a bigger difference together,” said Milam.