Father and two children die in wreck on interstate, one child survived 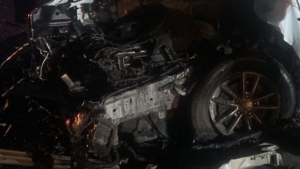 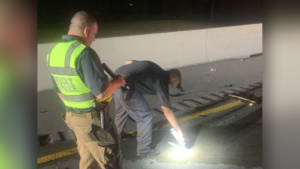 BONNIEVILLE, Ky. – A North Carolina father and two of his children were killed Saturday night in a wreck on Interstate 65 south.

Agustin Gonzalez, of Cary, N.C. was driving a Dodge Caravan with three of his  children in it when the van struck a wrecker on the interstate, Kentucky State Police Post 3 spokesman Trooper Jeremy Hodges said.

Kentucky State Police investigated the wreck at the 68.8 mile marker.

A non-injury collision was blocking the left lane of travel at about 7:49 p.m. As a flatbed wrecker from Crosswinds Towing showed up to assist, the Gonzalez van struck the wrecker that had its yellow caution lights on, Hodges said. The wrecker driver, Jeffrey Watkins, 55, of Rockfield, was outside of the wrecker and was not injured.

Gonzalez was pronounced deceased on the scene.

Noelle Gonzalez, 6, was taken by ambulance to Caverna Memorial Hospital and pronounced deceased by the Hart County Coroner. A second passenger, Gwendolyn Gonzalez, 2, was flown to a Louisville trauma center where she died. A third passenger, Nicholas C. Gonzalez, 8, was taken by ambulance to Hardin Memorial Hospital for treatment of minor injuries. All occupants were restrained at the time of the collision.

The wreck remains under investigation.

Agustin Gonzalez was a major in the Unites States Army, according to a gofundme page created by the Hortons Creek PTA in Cary, N.C. The family had been living in Cary while Agustin completed his master’s degree in public policy at Duke University and had just celebrated his graduation.

He was on the road Saturday night on his way to Fort Carson, in Colorado Springs, Colo. to take new orders from the military.

His widow, Melissa, was a second-grade teacher at Hortons Creek Elementary School until giving birth to the couple’s youngest child Gabriel, according to the gofundme page.

Melissa and the baby were on a flight to Colorado Springs at the time of the wreck.

Anyone who wants to donate to help the family can click here.