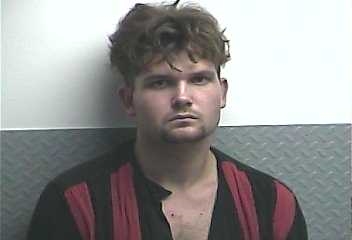 On Monday afternoon, the Edmonson County Sheriff’s Office received a call that a woman was attacking her sister and that there were two children present, according to a release from ECSO.

When deputies arrived at the home on Louisville Road, they made contact with Loretta Goodpasure, 47, who stated that Angel Dimmett, 20, had attacked her and three male subjects were also on the scene, according to the release.

Goodpasture also stated one of the male subjects has fired a gun during the altercation, according to the release.

Officers located the three male subjects, identified as Easton Rector, 23, Jason Temples, 22 and Michale Vance, 49, according to the release.

Vance admitted to firing a gun into the ground and that the firearm was inside the building, according to the release.

Witnesses on the scene told law enforcement that both women had gotten into a physical altercation, both causing harm to the other, according to the release.

Goodpasture and Vance gave law enforcement consent to search the residence and outbuildings, which resulted in numerous forms of drug paraphernalia, suspected methamphetamine, cash and several firearms. Law enforcement also located a white powdery substance, consistent with that of a controlled substance, in the children’s bedroom, according to the release.

Easton Rector was charged with trafficking in a controlled substance and possession of drug paraphernalia.

Jason Temples was arrested by Kentucky State Police Post 3 on an active warrant out of Warren County for failure to appear on charges stemming from a theft.

Michael Vance was charged with trafficking in a controlled substance and possession of drug paraphernalia.

The Department of Social Services was called to assist with placement of the two juveniles on scene during the time of the incident. Dimmett, Goodpasture, Rector, and Vance were all held in Hart County Jail. Temples was  held in Warren County Regional Jail.

This is an ongoing investigation with further charges pending.

Edmonson County Sheriff’s Office was assisted on scene by Kentucky Fish and Wildlife, Kentucky State Police,
and the District 5 Constable.