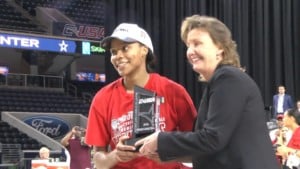 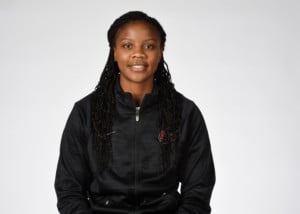 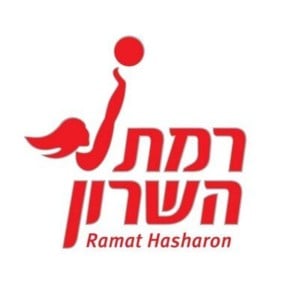 Tashia Brown, the reigning C-USA Player of the Year and one of Lady Topper Basketball’s all-time greats, has inked her first professional contract with A.S. Ramat Hasharon of the Israeli First Division and is set to join former WKU teammates Kendall Noble and Alexis Govan in the professional ranks.

Brown, who earlier this offseason spent a portion of training camp with the WNBA’s New York Liberty, was the nation’s eighth-leading scorer among all Division I players in 2017-18, averaging 22.5 points per game and 742 total points, the third-most in a single season in Lady Topper Basketball history. The Lake Park, Ga., native garnered Honorable Mention Associated Press All-America honors following the season, just the fifth Lady Topper in program history to do so.

Brown reached double figures in scoring in all 33 games last season while tallying 20 or more points in 23 of those contests and 30 or more in another four. The senior fired her career-best single-game mark of 38 points on Senior Night against Charlotte on Feb. 23, closing her career inside E.A. Diddle Arena with a 53-4 home record over the last four seasons.

In addition to her single-season totals, Brown also joined historic company as just the fourth 2,000-point scorer in Lady Topper Basketball history. The senior finished her collegiate career on The Hill with 2,073 points, the third-best mark in program history, and joined Crystal Kelly, Lillie Mason and current WKU assistant coach Tiffany Porter-Talbert as the only Lady Toppers to break the 2,000-point mark. Brown’s mark of 2,073 career points also ranks eighth in C-USA history.

Over her four seasons with the Lady Toppers, Brown helped to lead the program to a 108-28 record, pairing with teammate Ivy Brown as the second-winningest senior class in program history. In those four seasons, WKU captured three C-USA Tournament titles, two C-USA regular season crowns and had a 12-5 postseason record that included three NCAA Tournament appearances.

With Brown joining the professional ranks, she will be the third recent Lady Topper to do so. In 2017-18, Kendall Noble averaged 11 points and 5.6 rebounds per game as a consistent starter for the Chemnitz ChemCats in Germany, while Alexis Govan totaled 13.7 points, five rebounds and 3.4 assists per outing with Proteas in Greece.

Woman charged with murder after police say she stabbed a man