BOWLING GREEN, Ky. – With the finalization of the Conference USA portion of the schedule, the Western Kentucky Hilltoppers’ 2020 schedule has officially been released.

The Hilltoppers will begin their regular season with a September 5th home game against UT-Chattanooga and close it out on the road for a November 28th tilt at Charlotte.

The 2020 season will certainly be a challenge for second year head coach Tyson Helton and the Tops, as 9 of WKU’s 11 FBS opponents made it to a bowl game in 2019.

Western Kentucky finished off its 2019 campaign in thrilling fashion, with a 23-20 win over Western Michigan in the SERVPRO First Responders Bowl in Dallas, Texas. The Hilltoppers had an overall record of 9-4 after going 3-9 just one year earlier.

The twelve opponents WKU will face in 2020 have a combined record of 84-72 from 2019, including a 30-21 mark from the Hilltoppers’ four non-conference opponents.

It’ll be the second season in a row that Western Kentucky has six matchups at home. Those games will include a Halloween tilt vs Old Dominion and a Senior Day/Night showdown vs FIU.

Below is the entirety of Western Kentucky’s 2020 schedule, as announced by the team earlier today. 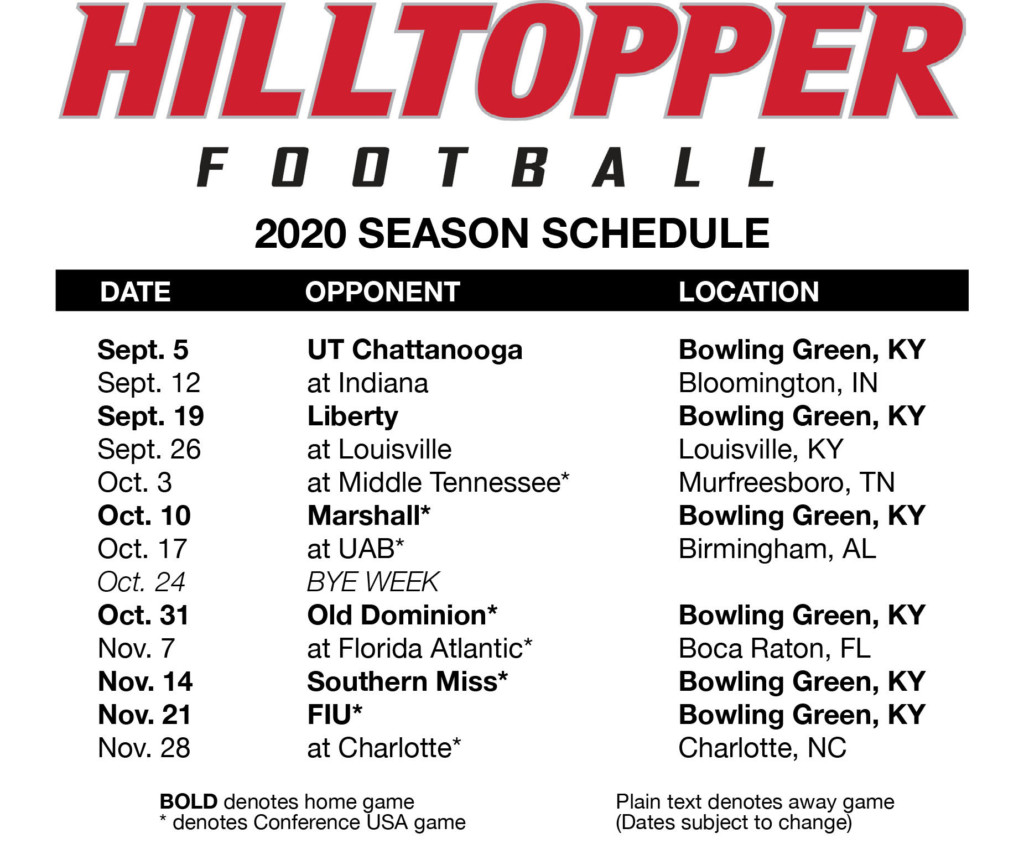 One dead, one critical in Allen County wreck