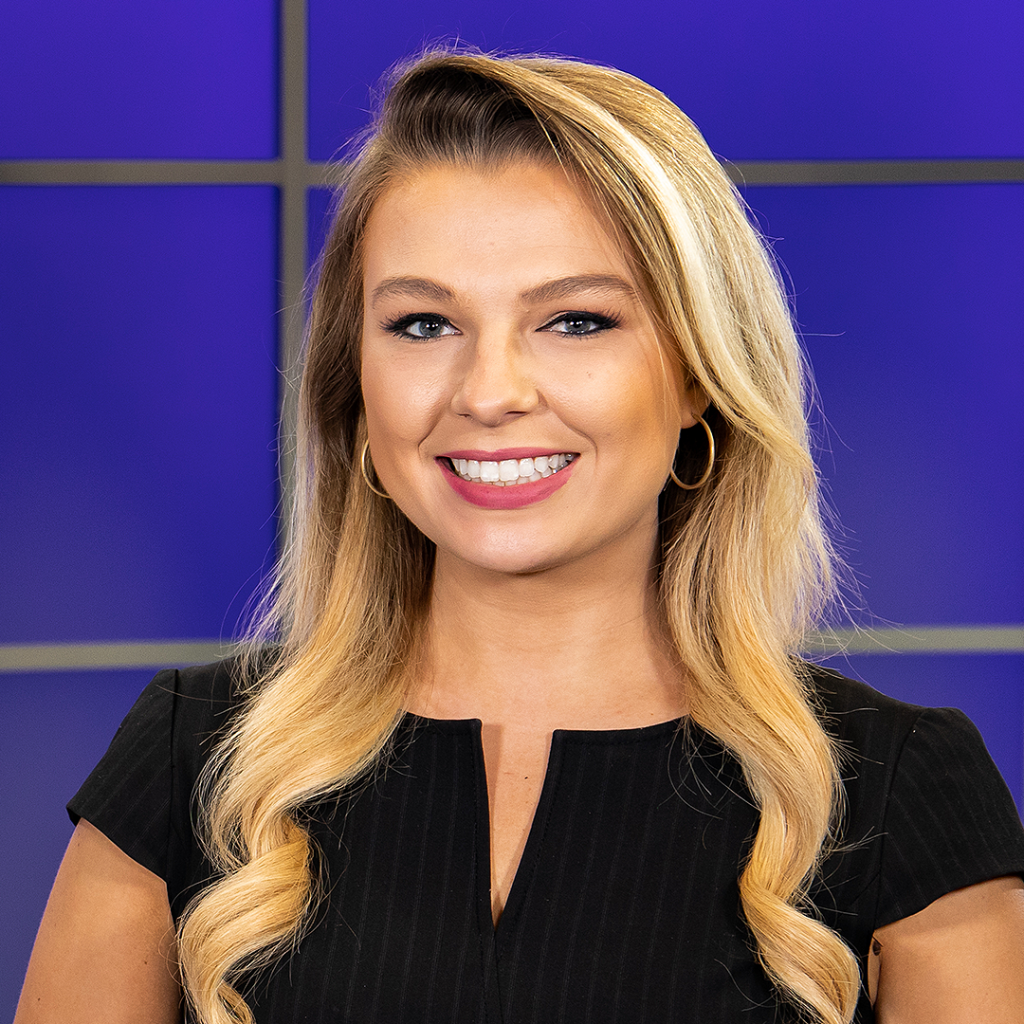 Evening anchor, Morgan Hoover is excited to be joining the WNKY 40 News team. She is coming to the bluegrass state all the way from Anchorage, Alaska.

She spent the past year in the last frontier covering Alaska’s many wildfires and uncovering problems within the state’s budget.

The middle Tennessee native is thrilled to be back in the south and away from the snow-covered grounds of Alaska.

Morgan is a graduate of the University of North Alabama, where she majored in communications with a focus in radio, television and multimedia studies.

While in school, she worked as a journalist at the ABC affiliate station in Huntsville, Alabama.

Growing up, Morgan always had a passion for broadcasting. As a child, she listened to stories from her grandparents, who both worked in the media. She marveled at the stories she heard from her grandfather, who worked as a news anchor in Knoxville, TN. She also spent many afternoons after school at her local newspaper, where her grandmother worked.

Morgan also has a background in radio broadcasting, a passion that she shares with her fiancé, Kenny, who works in the business. She has spent many days running around her local radio station in Pulaski, TN, where her father hosts a weekly show.

In her spare time, when she is not exploring around the Bowling Green community, she enjoys cooking and visiting new restaurants. Morgan also loves going on walks with Bruno Mars (her Yorkie pup).

Gov. Beshear orders flags to half-staff in honor those lost and impacted by storms

Edmonson County Schools will be in session Monday, Dec. 13th

WCPS will have mental health counselors on sight Monday

AT&T announces customer relief to those impacted by tornadoes

Shelter locations and ways to donate to relief efforts

Dr. Rand Paul Introduces the Tax-Free Education Act to Help Americans Pay For and Pay Off their Student Loan Debt

Woman who lost sister to suicide speaks up to bring awareness

Georgia US Senate race will pit Warnock against Walker

Sports world reacts to the school shooting in Uvalde, Texas